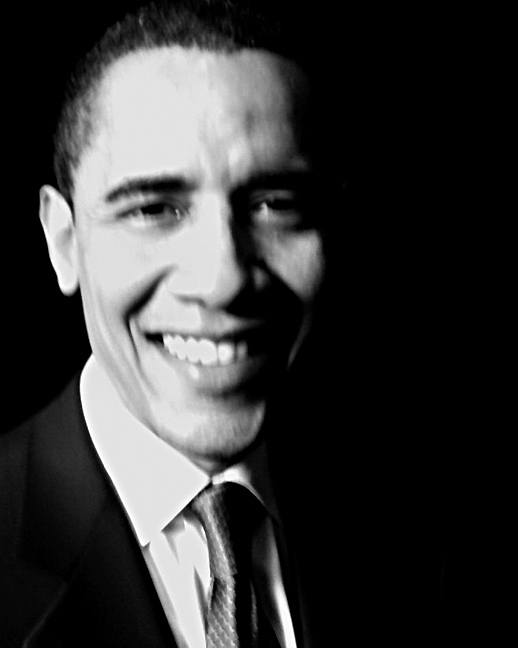 last week my election photo story on barack obama came in third at the north carolina press photographers POY contest. the winning images haven't been posted yet but you can see a few more from two earlier posts of mine here and here. but i'm reposting this one for those of you who are waiting for your dinner to microwave or coffee to brew and have about a minute to watch the video backstory of this portrait. i was holding off (don't ask why) but gregg, james gregg, and some of the other crew at ssc really wanted to see this. here you go guys...
(video by pailin wedel)


by the way... of the fifteen minutes, fourteen were spent doing an interview with the reporter and videographer. i knew i only had a minute or two at most and realized it was only going to be enough time for one light setup. of course it would have been great to work with him a few more minutes and try to get something "else", but platon i'm not.
Posted by shawn rocco at Monday, February 16, 2009

fan-flippin-tastic, shawn.
thanks for posting this, it cracks me up.

that is awesome. he looks so confused.

He looked kind of tired or upset....Like "not another cell phone camera" look. He really knows how to turn on that million dollar smile. From nothing to 60 in a second.

I think you captured the moment perfectly.

Wow! He is patient. You have courage.

This video says so much about what Obama is! What grace!